What Will Matter Most Tomorrow is the Data Center Location You Choose Today?

What Will Matter Most Tomorrow is the Data Center Location You Choose Today? 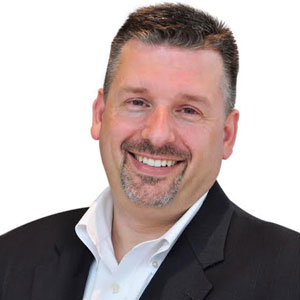 Over the past 10 years, we have had the fortune to work with a multitude of businesses as they have weighed their data center location options. While no single experience mirrors another, we have found the following five factors are consistently top of mind: financial incentives, climate, power resources, fiber infrastructure, and talent.

Financial Incentives are Not All Alike

A growing number of states have passed legislation to attract and grow data centers. But not all states’ financial incentives are alike. Some states offer only short-term benefits or ones that cover only certain aspects of a project. Some provide benefits for small operations, while others place minimum square footage or investment thresholds on eligibility for incentives. Fewer states, although growing in number, are providing benefits for retrofitting existing operations.

There are around five states which offer more robust incentives than most others. In Minnesota, for example, companies that build data or network operation centers of at least 25,000 square feet—and invest $30 Mn in the first four years—qualify for sales tax exemptions for 20 years on computers and servers, cooling and energy equipment, energy use, and software

Exemptions also apply to clients who purchase equipment for the centers—so they can help both enterprise/single company data centers and those that co-locate in a large facility.

Given increasingly extreme weather patterns, it is critical to select a location that is less likely to be impacted by severe weather events like tornados, floods or hurricanes or by other natural disasters such as earthquakes or wildfires

In fact, since 2012, Minnesota has seen over $2 Bn invested in data centers and has had 25 facilities certified to participate in our sales tax exemption program, with more projects in the pipeline.

In the early 2000s, states such as North Carolina, South Carolina, Oklahoma and Iowa created legislation to support data centers—all within a couple of years of each other. The focus was on large enterprise users. However, many states have modified their legislation to incent smaller- to medium-sized collocation facilities as well, recognizing the important role these facilities have in supporting the needs of users that do not need a dedicated data center.

Our recent success with data centers has been driven by legislation and incentives, but this success is also due to other aspects of the business environment outlined below.

Climate and Risk Factors to Consider

Cooling costs can account for a significant portion of a data center’s operating costs. Being in a relatively cooler climate allows for more days of “free” cooling, when naturally cool air can be used to lower the temperature in a data center. Minnesota’s moderate climate, for instance, allows for more than 300 days of free cooling annually.

A location’s average temperatures and historic humidity data are relevant for your long-term cost analysis. While cool climates are a positive, the humidity of the air (in cool climates) can be a positive factor as well.

Natural hazard/climate risk continues to play an important role in geographic decisions. Given increasingly extreme weather patterns, it is critical to select a location that is less likely to be impacted by severe weather events like tornados, floods or hurricanes or by other natural disasters such as earthquakes or wildfires.

Coupled with a mild climate, paying competitive electricity rates can save millions of dollars in energy costs over time. Examine the commercial and industrial power rates in any states you are considering, but do so by working directly with the utilities. Third party sources are not reliable in capturing the potential savings available for power loads of this nature.

But those electricity providers depend on their regional power grid. Check out the regional transmission operator in any location you are considering. Minnesota is served by MISO Energy, which delivers power across all or parts of 15 states and Manitoba.

Water-based cooling remains a critical aspect of operational performance. As data center managers employ newer models to minimize water use, the reality is these facilities still require significant amounts of water, both to serve peak demand times and to support fire suppression.

The industry is working to reduce this need through other heat transfer processes and to cycle water as much as possible. In some situations, non-contact grey water can be used. But each location will have different water capacity and quality options, and data center operators should evaluate the potential to partner with other water users to maximize water use prior to discharge or evaporation.

Clearly, digital infrastructure and connectivity is important. To this end, look for locations that have access to large national and global backbone providers.

Minnesota, for example, has more than a dozen national/international providers as well as over 100 local and regional carriers to provide a full range of connectivity options. Major content distribution networks recognize this and have a presence in the state.

Also look for states that are committed to upgrade their digital infrastructure. Since 2014, Minnesota has stimulated $147 Mn in robust network development beyond the normal federal and private investments. This includes $65.5 Mn in state funds and another $81 Mn in private and local match funds. The state has a goal of being a top five state for broadband speed and access by no later than 2022.

While data centers do not necessarily employ large numbers of people, they need a dependable supply of high-level expertise from cybersecurity to computer systems analysts.

What is often overlooked is the large pool of other skilled workers needed for data center projects. A single data center may need a tech team of just 50 people to operate day-to-day, but require hundreds of contractors and skilled laborers—including electricians, pipefitters and plumbers—to build and maintain the facility.

A key reason Minnesota has been able to attract data centers is our people. We have a relatively large labor pool of 3 Mn people, a highly productive workforce and a top-ranked education system. Among all the factors highlighted, talent merits the greatest emphasis. It is what binds an operation together and makes it work.

Are you using time differently?

Looking Beyond the Digital Front Door