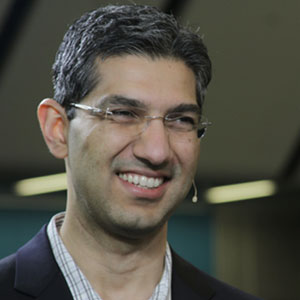 Cloud computing is rapidly transforming the IT industry, and has gained significant momentum over the past few years across both consumer and business segments. Enterprises are accelerating their investments in migrating application infrastructure from discrete environments to services-based delivery model using IaaS/PaaS/SaaS paradigms. While there is a lot of focus on the software aspects, what is less discussed is the equivalent rapid transformation taking place in IT infrastructure across the hardware supplier ecosystem, being primarily shaped by the large hyper-scale public cloud providers and recent trends in open source hardware.

The Open Compute Project (OCP) was established in July 2011 to enable the broad availability of extremely efficient server, storage and datacenter hardware designs optimized for large scale computing. The aspired result is to provide end users with the choice and flexibility for designing the infrastructure stack using open source hardware building blocks, without being beholden to any legacy or vendor defined constraints. This is achieved by disaggregating the proprietary vendor stack into independent components to enable a greater degree of flexibility, scalability and efficiency. Most of these components are based on commodity hardware utilized in hyper-scale deployments, ensuring that IT end-users can leverage industry learnings from operating at scale, while still being able to take advantage of lower costs from volume pricing. OCP Solution Providers (SPs) perform the typical order fulfilment and service/support functions, by taking the hardware and software building blocks and configuring these based on the IT customer’s solution requirements.

The OCP community now has over 150 member companies across the globe, and is backed by prominent hyper-scale cloud providers, OEM/ODM suppliers, silicon providers and IT end users. Design and IP contributions from member companies across the hardware and solution stack have enabled OCP to establish itself the de-facto forum in the industry for all topics related to open sourced IT and Datacenters. At the same time, OCP has empowered IT organizations to take more control over their infrastructure destiny, by providing freedom and choice for architecting solution stacks using pre-certified commodity hardware building blocks, which have been battle tested by hyper-scale cloud service providers. This entire put together has led to a massive disruption in the hardware industry ecosystem, reshaping the traditional relationship between IT end users and suppliers. IT customers across several vertical segments (such as hyper-scale cloud providers, financial services, telco, e-commerce, public sector, healthcare) are now taking concrete steps to deploy OCP designs, taking full advantage of this open source hardware paradigm.

For Server and Storage hardware, there are currently two main standards supported by OCP – OpenRackbased de­signs, and Open CloudServer (OCS)based designs. Products built on these open standards enable a broad set of offerings suitable for various enter­prise IT scenarios such as dense virtualiza­tion, big data processing, web/mailbox hosting and high performance com­puting. In fact, Open CloudServer is the base server platform for all hardware deployments of Microsoft’s large scale ser­vices such as Azure (Public Cloud), Office365 (Office Produc­tivity), Xbox Live (Gaming) and Bing (Web Search). This large scale proof point across a diverse set of application scenarios provides a high degree of credibility for adopting OCP designs in enterprise environments, giving IT the assurance that the server hardware has been thoroughly qualified at scale in production datacenter environments.

"OCP Solution Providers (SPs) perform the typical order fulfillment and service/support functions, by taking the open source hardware and software building blocks and configuring these based on the IT customer's solution requirements"

On the Networking front, OCP has seen a huge influx of IP contributions both for switch hardware and software that have accelerated the trend for dis-aggregating the network switch ecosystem and simplified the migration to Software Defined Networking (SDN). In addition to a variety of leaf switches (also called Top-of-Rack switches) for 10Gbe/40Gbe connectivity, OCP also hosts a multitude of networking software projects – namely, Open Network Install Environment (ONIE) for switch boot time provisioning and configuration, Switch Abstraction Interface (SAI), which provides a vendor agnostic mechanism for controlling switching ASICs/NPUs, and Open Network Linux (ONL), which is an OS distribution for “bare metal” switches. These open source network software efforts reduce the risk of vendor lock-in for the networking stack, thus expanding customer choice. When coupled with open network switches, this enables end users to fully customize the networking stack and have a greater degree of control over network configuration and operation, ensuring deployment agility and improvement in service availability.

OCP designs have also set a high bar for intro­duction of new technologies, enabling breakthrough hardware innovations with improved performance and power while still ensuring a commodity cost point. An example of this is the ‘Cloud­SSD’ design specifica­tion contributed by Microsoft, which targets high-perfor­mance 24x7 server scenarios, but utilizes commodity Flash NAND modules commonly used in desktop/tablet segments to meet these goals. This provides a compel­ling value proposition for enterprise users, and this open effort is subsequently reshaping the Solid State Drive (SSD) supplier ecosystem to meet this new emerging demand for such hybrid devices. Another example of such innovation is in the networking space, where Facebook recently contributed both the ‘Wedge ’network switch design and the associated ‘6-pack’ modular chassis design. These two designs are the base components for a high bandwidth non-blocking topology, and bring the latest networking technologies to the broader industry, but still at commodity cost points.

With this broad portfolio of proven hardware designs available across server, storage and networking, IT customers now have the flexibility to take these open building blocks and configure these as appropriate for their solution deployment scenarios. In tandem, customers can leverage the low cost volume economics thus directly impacting the organizations bottom-line for Total Cost of Ownership (TCO) metrics. As the open hardware momentum continues to grow, it is expected to cover an increasingly large amount of the technology stack, and which would further its appeal to an even broader set of both suppliers and customers. This is a significant trend that will continuously reshape the industry ecosystem, providing new opportunities for agile integration of new technologies and enable IT departments to derive increased business value for datacenter infrastructure.

Explaining SaaS Spend Management: How It Can Help You Cut Spending

Cloud At The Edge

Edge Computing - Where Does It Fit Today And Tomorrow!

The Evolution of Digital Banking Landscape in Indonesia