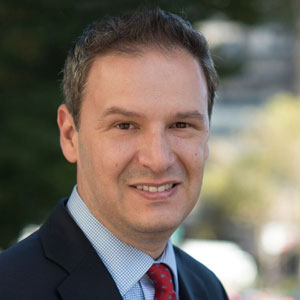 Communication networks are inherently complex. The internet itself is a collection of numerous independent networks interconnected to form a network of networks, the users of which are able to communicate with each other by often traversing a number of communication provider networks. For example, when a person on an AT&T network sends an e-mail to someone who uses a different provider such as Verizon, the e-mail must pass from one network to the other to get to its final destination. A data center provides the physical point at which that interconnection can occur. Content Delivery Networks (CDN), which are systems of distributed servers deployed in multiple data centers via the internet, have been made possible by the proliferation of data centers around the world.

“CDNs are effective in speeding the delivery of media content, such as video, to users, primarily by taking advantage of their geographic reach”

In the early days of the internet, peering took place in public peering points that were established at government and non-profit organizations, known as Network Access Points (NAPs). Over time, many NAPs became part of carrier services and were run by companies such as MFS (now part of Verizon), Sprint, and Pacific Bell (now part of AT&T). With time, the NAPs model became inefficient as it couldn’t scale and keep up with the exponential growth of the internet.  Furthermore, the lack of “neutrality” by the carrier owners of these NAPs created a conflict of interest with the participants.

The aforementioned NAPs issues created a market need for network-neutral interconnection points. Today, many customers satisfy their requirement for peering through data center providers because they permit them to peer with the network they require within one location, using simple direct connections. Furthermore, the ubiquitous availability of data centers has aided the proliferation of Content Delivery Networks. CDNs are effective in speeding the delivery of media content, such as video, to users, primarily by taking advantage of their geographic reach. The closer the CDN server is to the user geographically, the faster the content will be delivered to the user. In today’s landscape, business is more virtual, geographically dispersed and mobile than ever, with companies building new data centers and clustering servers in separate locations.

With the emergence of video-streaming services that deliver video to the TV or other device endpoints, CDNs are the dominant method to deliver such content.  According to Cisco’s VNI study,62percent of global internet traffic will cross content delivery networks by 2019, up from 39 percent in 2014, with video traffic that crosses CDNs even higher at 72percent by 2019, up from 57percent in 2014. Data center companies increasingly invest in direct interconnections between data centers that result in a form of connectivity that is instant, secure, and reliable. Today’s CDN networks take advantage of such connectivity to offer high quality services to customers. As consumers demand more over-the-top (OTT) content and the ability to access that content anywhere, anytime, and at any device, the importance of the underlying networks is amplified. Continued investments in data center capacity and footprint expansion as well as better connectivity options will drive growth of CDNs and the traffic that traverses them.

BBT: Ensuring connectivity to IT infrastructure in the Permian Basin

The Need For Data Integration And Apis In Today’s Benefits...

How To Implement A Successful Data Strategy: A Success Story

Model Implementation: On The Psychology Of Large-Scale Technical...